Menu
Log in
Register
Install the app
You are using an out of date browser. It may not display this or other websites correctly.
You should upgrade or use an alternative browser.

Visitor in the Driveway Last Night

Yesterday afternoon as my flute player friend and I were having supper before going to band rehearsal, there was a knock on the door. A young man was asking about plugging in to the electric charger. Told him $20 and I will move my car. There were 3 young men who work for G M and they are driving an EV Hummer to test it out in real time on the hills of West Virginia Interstate. They are traveling with a generator truck, but apparently there is a malfunction between the generator (or cable) and the Hummer. So they plugged in, gave me a $20 and went back to Charleston (he said if it had not already been paid for AND that is where their clothes were, they would have stayed here. I told them I would make breakfast for them in the morning. They said it would most likely be about noon by the time they got here. OK, says I, lunch it is - I will fix pork chops. Turns out 2 of the 3 do not eat pork. OK, steak it is. (I thought I had steaks in the freezer - nope, just a small package of venison tenderloins.)

8:30 this morning I am at the grocery trolling for Manager Special markdowns steaks. Saw none so knocked on the butcher door and asked if there WERE any today. Got 3 nice ones marked down to $8. In the crock pot with onions, carrots and red wine and made scalloped potatoes, gingerbread for dessert. They chose Kenya of the 3 I had roasted for the coffee and raved about how nice it was to have a home-cooked meal. They wanted to pay and I said that was not necessary - I invited them. They had already asked if I took credit cards. Each one handed over the company credit card for the meal (told them I had no idea what to charge them - they were generous with their answer) and then each of them handed over their personal cards to buy a mug (and one bought jelly too). A lovely, unexpected addition to my bank account! Read the lights at the hood-line. 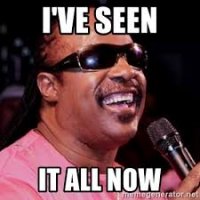 Less and less here - there are now 3 Sheetz gas stations with superchargers in a 40 mile (or less) radius. One 40 miles north, one 10 miles north, and one 30 miles south. I do not know about their J1772 - if they have them.
Yep, an EV Hummer

And the Ford F-150 truck, the most popular truck in the country, rolls out its all electric version next year. Other manufacturers are going electric, too. The gas/electric hybrids are disappearing as the fast charging infrastructure gets better and better.

That being said, my inn's charger is STILL the only place to charge an electric car on the highway between Little Rock and St. Louis, a 6 hour drive, so my charger still gets a lot of use.
You must log in or register to reply here.
Share:
Share

Register today and take advantage of membership benefits. It's FREE!

Enter your email address to join:

Did you know that registered members can turn off the ads?

Enter your email address to join:

Thank you! Please check your email inbox to continue.
There's already a member associated with this email address. Please log in or retrieve your password.
Already a member? Click here to log in
Top